You can add several operations or graphic effects to Image Converter Plus. These operations can be similar or completely different from one another.

You should remember that operations are executed in the order specified in the list. The first operation on the list will be executed first, and so on.

You can perform the following actions with additional operations:

Initially, operation execution order corresponds to the order of operation list. Operation added to the list last will be executed last.

Once you have added several operations, you can change their order: 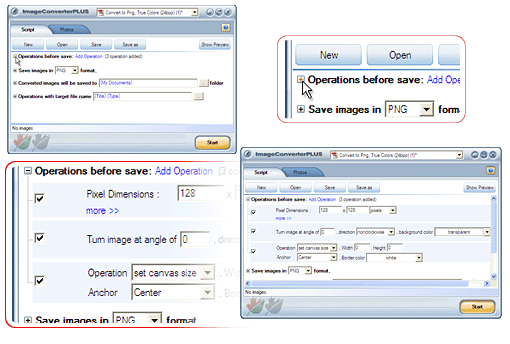 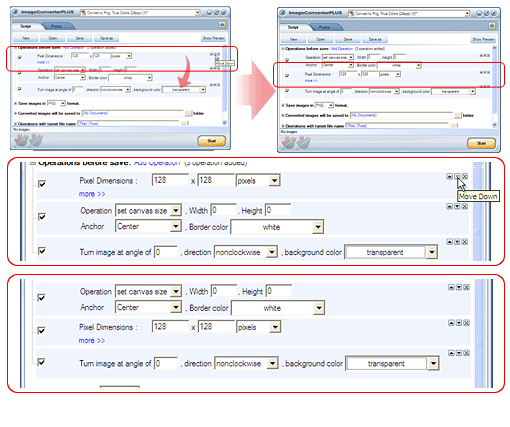 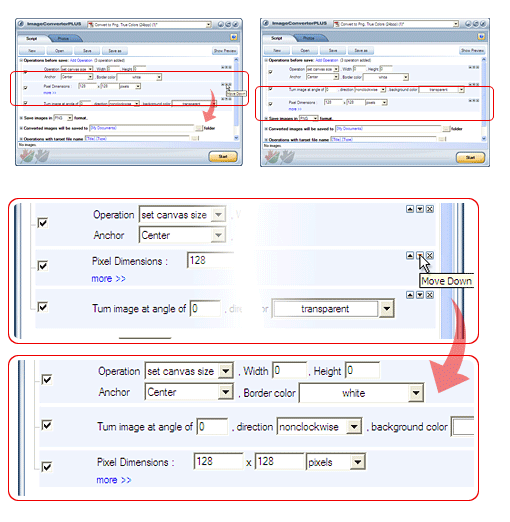 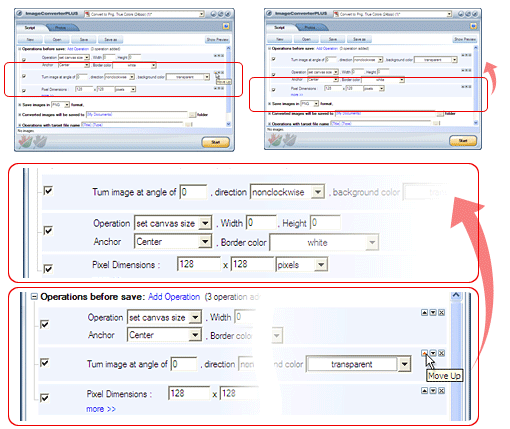 To temporarily exclude an operation, expand “Operation before save:” group and unmark operations you don’t want to be performed at the moment: 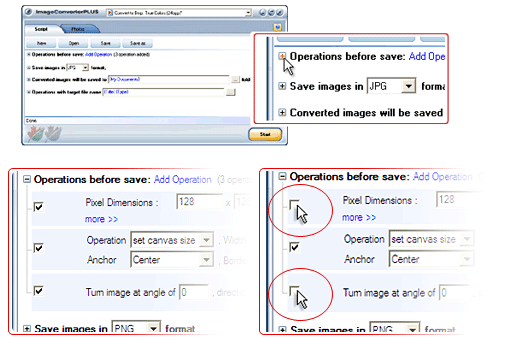 If you do not need an operation, you can remove it from the list. To do it, just click the button as shown in the picture: 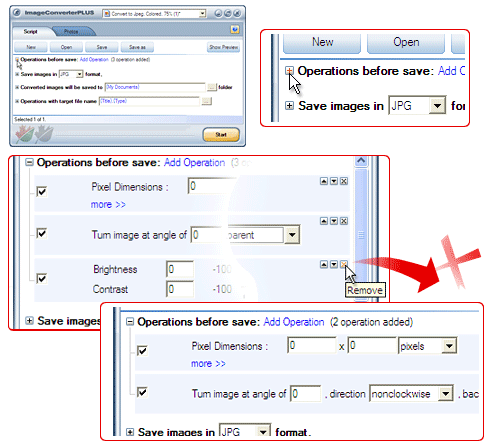