Adding a signature to an image is one possibility for those who wish to add a personal touch to their images or to identify them for copyright purposes. Image signatures are a form of visible termarking, which is simply the addition of text, a logo or other markings that become part of the image and are used for identification or protection. Using a signature in an image can helppreventundesired duplication when the image is posted in a public forum, such as the World Wide Web.

Adding a signature to an image can be a simple task. If available, an electronic signature pad is the easiest way to digitize a personal signature. Otherwise, an alternative is to write out the signature on a piece of paper and then digitize it using a scanner. The acquired signature image can be manipulated using an image processing program, such as Image Converter Plus, and then added toother pictures. Mostimage processing programs allow for rotation of the signature, alteration of the color of the signature and other effects. It is often necessary to eliminate background portions around the signature itself in order to avoid covering a large block of the picture..

Through the use of various image processing tools, such as the “bucket” tool or a transparency effect, scanned signatures can be blended into the image to eliminate any distracting background olors. The signature then looks as if it has been actually signed on the image itself, rather than imposed later using these processing techniques. It is also possible to embellish the results usingvarious effects for embossing or engraving the signature, or for making it transparent to some degree. Any number of different results can be obtained, depending on the preference and aesthetic sense of the user. Whatever the style, a signature on an image can be helpful in preventing undesired copying for images posted in public forums, and it can act as a mark of ownership by the photographer or artist. 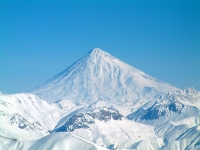 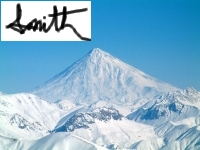 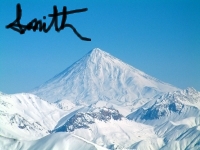 Since the process of adding a signature, although conceptually easy to understand, can become tedious if the signature is to be added to numerous images, it may be convenient to use a profile. A signature-adding profile can be prepared in some image processing packages, including Image Converter Plus, for automatically adding signatures to images. This can also be done for batches of images, which can be an even further help in saving time and effort.